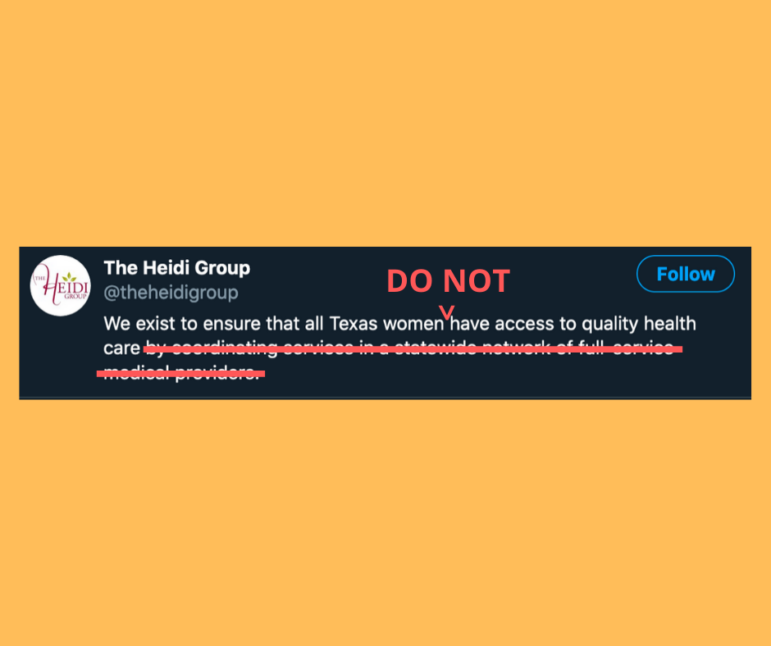 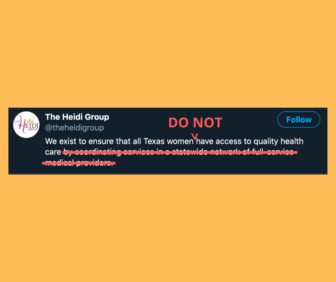 Texas investigators have ordered the anti-abortion Heidi Group to repay at least $1.5 million to taxpayers for overpayments and other alarming irregularities while contracted with the state to provide reproductive health care services to women. The group, which served only a fraction of the tens of thousands of women it promised to provide services for, got the money in the first place because anti-abortion lawmakers booted Planned Parenthood out of the state’s women’s health program four years ago. We just sent out the following press release pointing to how the Heidi Group scam highlights the dangers of playing politics with women’s health.

“This just puts an exclamation point on the appalling decision by anti-abortion lawmakers to play politics with women’s health care,” Miller said. “The state should never have diverted funding from reliable, proven providers like Planned Parenthood to shady, incompetent outfits like the Heidi Group. This shameful scam has cost taxpayers a lot of money and left thousands of women struggling to find access to the health care they needed.”

According to a Houston Chronicle report Thursday afternoon, state investigators are ordering the Heidi Group to repay at least $1.5 million it got from taxpayers to provide reproductive health care services to low-income women in Texas. Heidi Group, which had no experience providing such services, received state contracts worth millions of dollars beginning in 2016 after anti-abortion lawmakers booted Planned Parenthood from Texas’ women’s health program.

According to the state, Heidi Group – run by politically connected anti-abortion activist Carol Everett – ended up serving only a tiny fraction of the tens of thousands of women it had promised to provide services for. The Health and Human Services Commission finally cancelled the group’s contracts in the summer of 2018. The Houston Chronicle now reports that state investigators say Heidi Group must pay back taxpayers at least $1.5 million because of overpayments to its subcontractors, overspending on payroll and fringe benefits, and unallowable expenses on things like gift cards and clothing it charged the state.