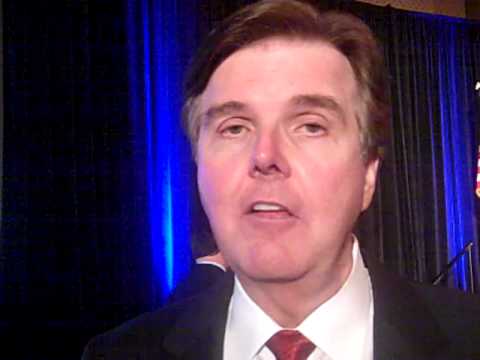 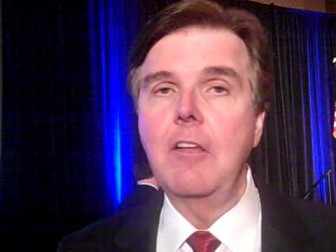 Violent weather and flooding have killed at least nine Texans since Friday. This month the Texas Supreme Court criticized the state’s broken and inequitable system for funding public schools but didn’t require the Legislature to change it. The state’s shockingly dysfunctional Child Protective Services is failing abused and neglected children. And the state’s attorney general is under indictment for financial fraud.

Texas clearly has plenty of real problems. But today Lt. Gov. Dan Patrick held a news conference at the Texas Capitol to announce that his “fight” against transgender kids who want to use the restroom in peace is “just beginning.” Really.

The priorities of this demagogue defy rational thought and any sense of empathy.

There was Patrick today, calling on school districts to reject guidance from the Obama administration that transgender students must be able, under federal law, to use restrooms that are appropriate to their gender identity — restrooms where they won’t be harassed and even physically assaulted.

There was Patrick, announcing that he has asked the Texas attorney general (the one under criminal indictment) to issue a formal opinion on whether Fort Worth’s school superintendent has broken Texas law by approving a policy mirroring that federal guidance. He even threatened to have the Legislature establish statewide rules guiding how Texans use the restroom.

Remember this the next time you hear Patrick and his supporters claim to champion “local control.” The truth is they have no problem using state power to overturn local policies they don’t like. And right now demagogues like Dan Patrick don’t like policies that parents say protect their transgender children from real harm. Amber Briggle, a Denton mom of a transgender son, made that point at a different Capitol press conference today:

“I am upset that I have to speak out to protect my child. I would rather live my life in the privacy of my community with my husband and children, but the lieutenant governor has chosen to make my child a target by sweeping into a local school district and demanding a superintendent be fired for doing the right thing.  We cannot stand silently by and allow our children to be targeted because of who they are.”

But demagogues like Dan Patrick don’t care. They’re too busy pushing the “bathroom predator” myth to try to frighten others into shaming and stigmatizing people they don’t understand or even know. And those real problems Texas faces? They’ll just have to wait.