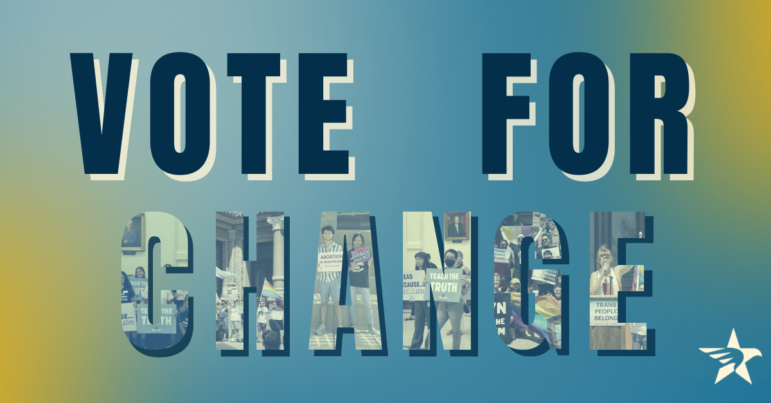 If you’re a college student in Texas, chances are the early voting location on your campus disappeared weeks before the election. Most early voting locations were removed from campuses shortly after the 2018 election, with some disappearing as recently as August. Off-campus early voting locations can range between a mile to five from many campuses. For students who don’t own a car, this means factoring travel into a decision to vote. For others, this means waiting until Election Day and hoping the lines are shorter on November 8. Beyond that, there’s the difficulty of navigating SB1, the new voting law passed last September that complicates what should be a simple civic duty, threatening the participation of young voters.

Young voters are especially important in Texas because they represent the highest number of new voter registrations, and they’re also 43% of the voting population in the state! Heading into this election, one where the popular vote will determine statewide elections, many of them are excited to either vote for the first time, or to add their voices to the change chorus ringing around the state. We know young people are ready to cast their ballots for candidates who represent all Texans. They’re ready to show up for their various communities on the issues that most effect their quality of life: reproductive justice, climate justice, LGBTQIA+  rights, voting rights, education, and more.

Therefore, it was especially frustrating for many of them to discover they couldn’t vote on their campuses in the middle of a busy semester. In any other year, that might have been the door shutting on those voters until the next election. But the politicians who counted on these voter suppression tactics to discourage young people forgot the collective power of our communities and underestimated the desire of millions of young Texans who are excited to elect compassionate and visionary leaders.

Texas A&M University, home to nearly 75,000 students and staff, lost its MSC early voting place after a puzzling decision by the Brazos County Commissioners’ Court. But the students immediately rallied through various organizations like their local Texas Rising chapter, showing up in large numbers to testify at public hearings, talking to reporters, digging through the Texas Election Codes to shore up their case, documenting the inaccessibility of city hall on social media, arranging buses to get themselves and other young voters to city hall, and ultimately getting the Commissioners’ Court to reverse the decision ahead of next year’s elections.

None of that would have happened without a deliberate and sustained desire by young voters to make their voices heard. Indeed, we are in a moment like never before. Young Texans are fed up with cruel politicians and dangerous, unpopular policies. They are motivated to vote for change in all the offices on the ballot this November. Will you join this group of relentless changemakers by voting this November? Early voting ends today, but Election Day (Tuesday, November 8) is almost here! Find your polling place and vote today. Check out our Voter Education Hub to learn more about how you can show your power at the polls.