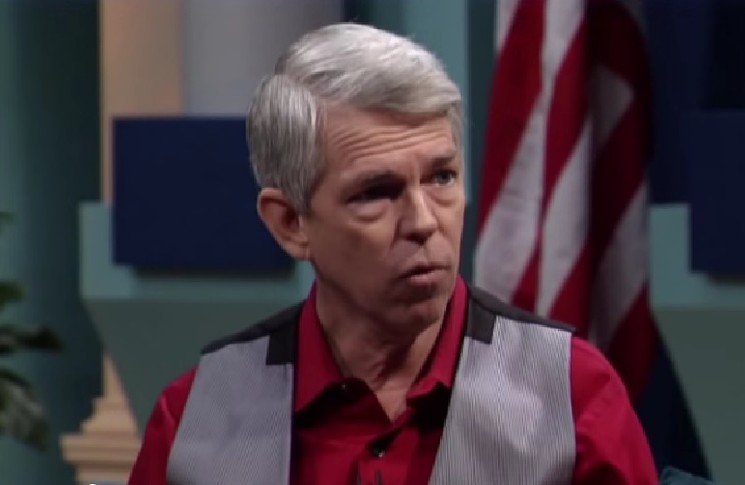 David Barton, the pseudo-historian and head of the Texas-based, religious-right organization WallBuilders, is still promoting his discredited book about Thomas Jefferson. A Wednesday post on his Facebook page declares:

“David Barton’s ‘The Jefferson Lies: Exposing the Myths You’ve Always Believed About Thomas Jefferson’ is the must read book of 2016! … This new paperback edition of The Jefferson Lies re-documents Barton’s research and conclusions as sound and his premises true.”

Really? The “must read book of 2016”? The original publisher — evangelical outfit Thomas Nelson Publishing — ceased publication and distribution of the book four years ago after historians pointed out that it was filled with errors and bad history.

The man is shameless.

As we have noted before, Barton did find a new publisher after Thomas Nelson tossed the book aside: WND Books, the publishing arm of the right-wing conspiracy website World Net Daily. This year WND released a new paperback version of the book.

By the way, our friends at Right Wing Watch reported last month that Barton says he is writing a God-filled government textbook that can be used in public schools:

“After we get done with this,” he continued, “our next project is to write a history curriculum. We’ve got these old history books and you cannot read an old history book without seeing God all over the place because God was just involved.”

We figure religious-righters on the State Board of Education in Texas were thrilled to hear that news. 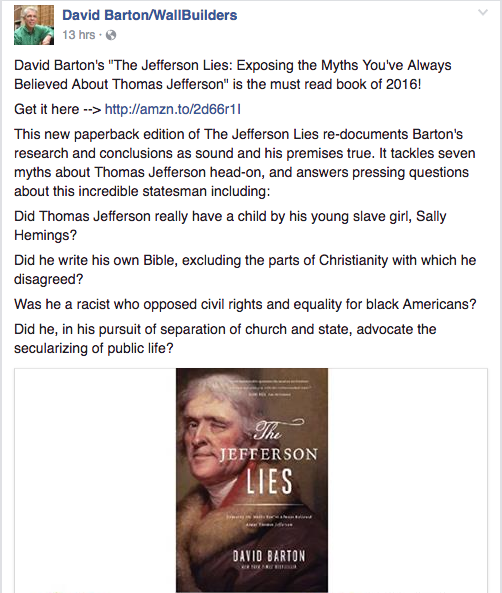