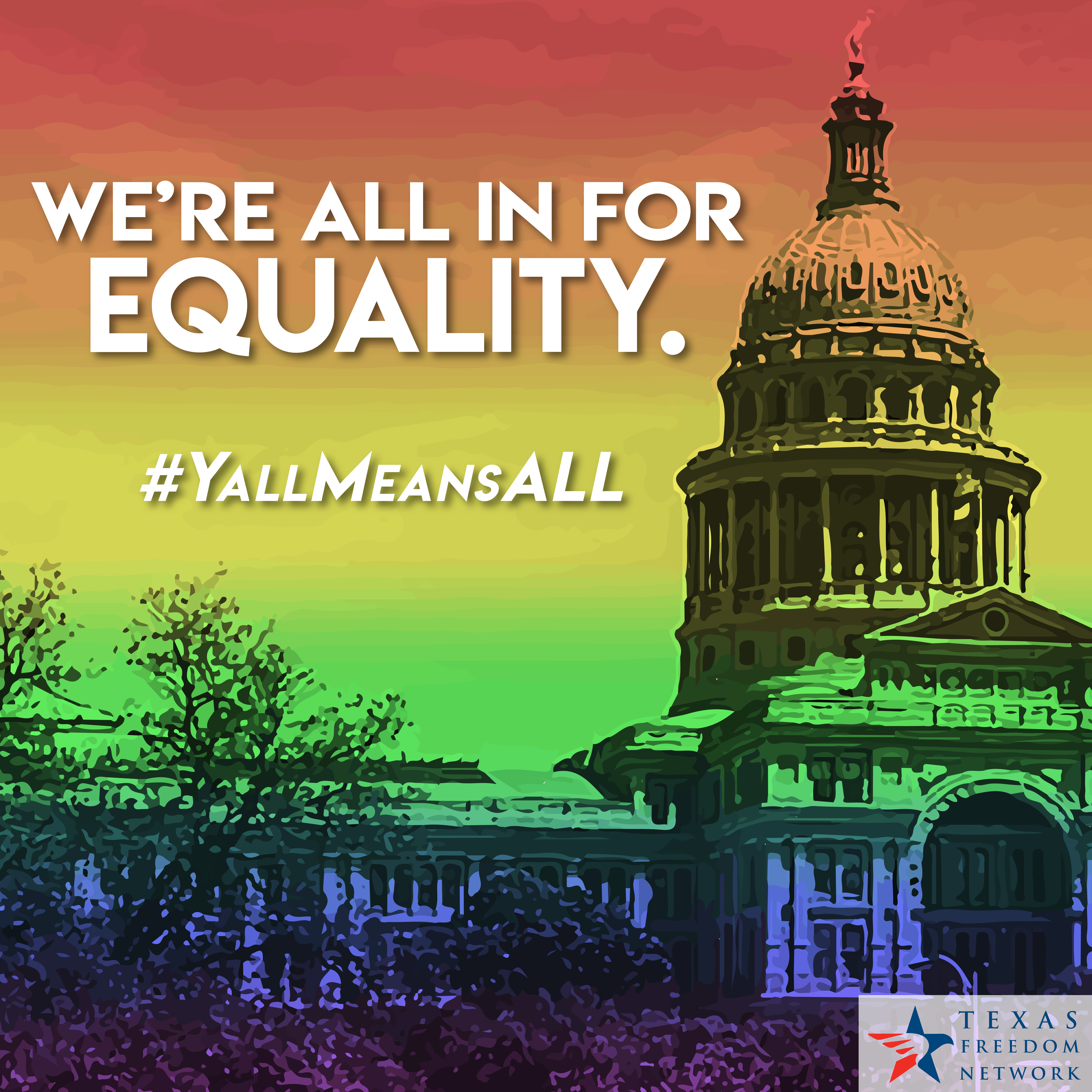 The discriminatory Senate Bill 17 appears to be headed for a vote by the full Texas Senate as soon as Monday, April 1.

SB17 is one of at least 15 bills that would allow businesses, counselors, doctors and other licensed professionals — even government officials — to use their religious beliefs as a justification for discriminating against LGBTQ Texans.

Lt. Gov. Dan Patrick’s all-out assault on equality won’t stop with SB17. But it’s clear that this bill is one of his priorities — and we need your help to stop it.

Contact your senator and insist that he or she oppose SB17 and any other bill that turns religion into a license to discriminate against LGBTQ Texans — or anyone else. Because #YallMeansAll.