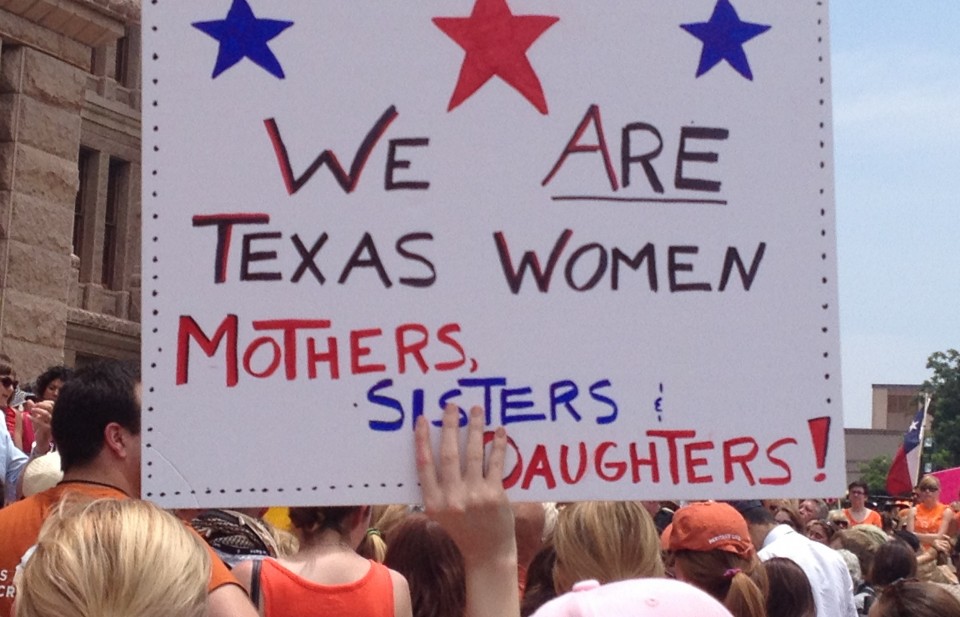 Triumphant Boasts about Increasing Budgets and Providers Belie the Facts

AUSTIN – Today the Texas Freedom Network Education Fund, as part of its Texas: State of Denial campaign (StateOfDenialTX.org), delivered almost 7,000 letters from Texans to Sen. Jane Nelson, R-Flower Mound, calling on her to stop playing politics and face the facts about the harm politicians have done to women’s health care.

The delivery comes as Nelson begins a media blitz announcing yet another update to the state’s struggling Women’s Health Program. The state has operated the program since 2013, following the Legislature’s decision to decline federal funding in order to bar Planned Parenthood.

“Senator Nelson obviously recognizes the mess the state has made of women’s health care – that’s what last week’s PR stunt is all about,” said Kathy Miller, president of the TFN Education Fund. “But the facts are unchanged: thousands of women have been denied access to birth control in Texas because of political decisions by state leaders. And until the state can show that women are getting the health care they need, this is all just smoke and mirrors.”

Unhinged Fury from the Right over Abortion Decision

Advocates for women's reproductive health care are still celebrating Monday's U.S. Supreme Court decision striking down some of the most extreme anti-abortion regulations passed by the Texas Legislature in 2013 (House Bill 2). But we've been monitoring the almost unhinged and even violence-themed fury from the right over the court's clear acknowledgment that those regulations were really intended to close abortion clinics, not protect women's health. Read More

“This decision is a huge victory for the dignity of women and their constitutional right to make their own health care decisions. But extremists from the Governor’s Office to the state Capitol are already preparing more legislative efforts to deny women their constitutional right to access safe and legal abortion care in Texas. They refused to listen to the experts who said this law was medically unnecessary and to the voices of thousands of women who came to the Capitol three years ago. But the Supreme Court listened to those voices and today honored the constitutional right of women to access abortion care no matter their zip code. This fight continues until our lawmakers trust Texas women and families to make their own decisions about their health care and their future.”

### Texas Freedom Network is a nonpartisan, grassroots organization of religious and… Read More

Will You Be There for the SCOTUS Ruling on TX Abortion Laws?

We're expecting a decision on the Texas abortion law, HB2, in the next week. Whichever day the ruling comes down, TFN has several ways you can get involved immediately:…… Read More

The campaign launch comes after a top Texas health researcher left his job following harsh attacks by state Sen. Jane Nelson, R-Flower Mound, and other state officials for co-authoring a recent study on controversial changes to family planning policies in the state. The study, which was published in the prestigious New England Journal of Medicine in February, found that the number of Texas women obtaining… Read More